The Office of the OSCE Representative on Freedom of the Media will bring together over 200 international experts and journalists, government officials and diplomats, civil society representatives and academics for an upcoming conference on Media Freedom in Volatile Environments. The conference is being organized in the context of the current multitude of imminent pressures and obstacles that threaten to limit media freedom and freedom of expression throughout the OSCE region, in particular in regions affected by conflict and crisis.

There will be sessions on freedom of expression and “fake news”, accreditation and access to information in conflict areas, media and digital literacy, safety of journalists and impunity against crimes against them.

The conference will be live streamed from here.

Read more about the conference here.

Pictures from the panel debate 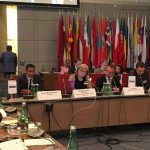 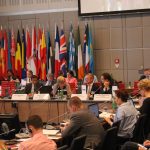 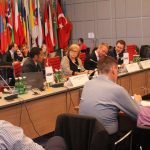