On August 23rd, Justitia welcomes you to a public debate on freedom of speech at the Danish Parliament (Folketinget) with author and CEO of FIRE, Greg Lukianoff, and journalist and author, Flemming Rose

“I believe we are facing a long-term threat to freedom of speech that is much more substantial than the expansion of “liberal groupthink” or “political correctness” from campus.”
― Greg Lukianoff, Freedom from Speech

How is freedom of speech being challenged in the 21st century? What are the differences between the curtailment of free speech in Europe and the United States? And how can we reinvigorate respect for freedom of expression? These are the core issues to be addressed by Greg Lukianoff and Flemming Rose at a seminar in the Danish parliament hosted by Justitia, Denmark’s first judicial think tank.

The debate is free and open to the public – sign up for the debate using the link below. Please make sure to fill out all the information requested. There will be limited seating.

At the event, Greg Lukianoff and Flemming Rose will debate, discuss, and reflect on how challenges to free speech differ between the United States and Europe. Following the discussion, the floor will be open to questions from the audience.

On both sides of the pond, recent years have seen significant political, cultural, and legal changes to how freedom of expression is regarded by the public and policy-makers. In the United States, campus speech codes, tolerance training, and political correctness have issued in a new era of language policing. In Europe, stricter hate speech laws, the insidious phenomenon of self-censorship, and state abatement of media freedom have created an environment that is an anathema to free speech. We are fortunate to have our esteemed guests, with their unique backgrounds and expertise, analyze these contemporary challenges to free speech and provide their perspectives on and insight into these topics.

Director of the Danish think-tank Justitia, Jacob Mchangama, will be moderating the debate.

By way of introduction, Greg Lukianoff is an activist, academic, and writer hailing from the United States. Greg Lukianoff is an attorney and the president and CEO of the Foundation for Individual Rights in Education (FIRE). He is the author of Unlearning Liberty: Campus Censorship and the End of American Debate and Freedom From Speech, as well as a co-author of The Atlantic’s September 2015 cover story, “The Coddling of the American Mind”, an article that sparked intense debate across the United States on freedom of expression, tolerance of difference, and what rights we must instill in order to preserve a flourishing democracy. Greg is a graduate of American University and of Stanford Law School, where he focused on First Amendment and constitutional law. Flemming Rose M.A., is a journalist, author, and former foreign-affairs and culture editor of the Danish newspaper Jyllands-Posten. In early 2006, Rose was principally responsible for the September 2005 publication of the cartoons that initiated the Muhammad cartoons controversy. Since then, he has been an international advocate for freedom of speech.

Photo gallery from the event: 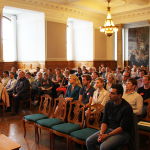 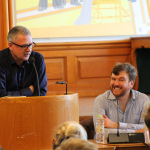 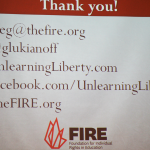 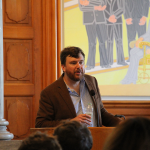 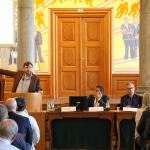 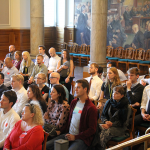 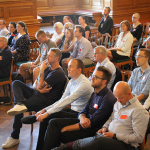 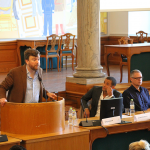 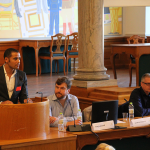 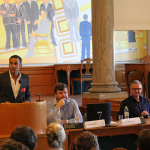 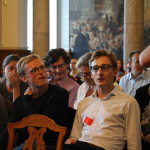 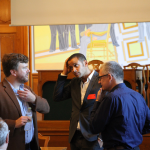 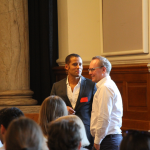 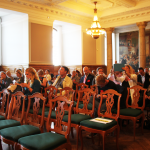